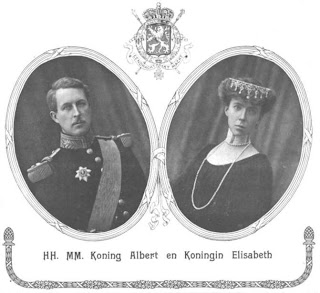 There are 4 types of this banknote :


We can see the date of issue, on top, in the middle.
There are many printing dates.

In the left corner, we find the coat of arms of the city of Brussels.

The main image shows the market square of Brussels: 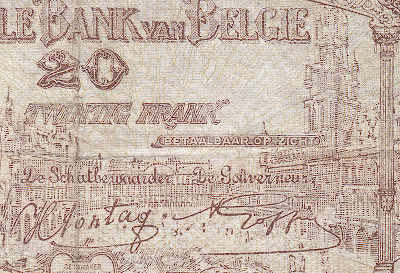 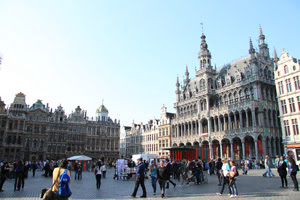 Posted by rainbowstampsandcoins.blogspot.com at 3:59 PM No comments:

Between 1921 and 1927 a 100 belgian franks note was in circulation.
It's similar to the ones shown before (see part 1 and part 2) but the value is only in belgian franks (not in "belgas" as shown earlier).

At the back we see the same design as I showed before, but in fact, this note was issued before the one I showed earlier.

Mark some of the details at the bottom of the note.
This note refers to the city of Liège. (dutch : Luik, german : Luttich). 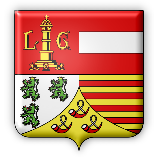 The abbey of Liège can be found on the left corner at the bottom. 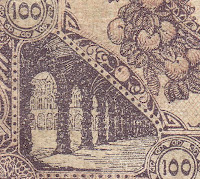 The right image was used years later, on a stamp.
This stamp is subject for another article, but that will be for another time. 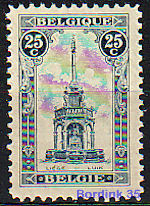 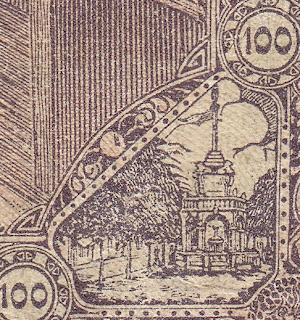 Posted by rainbowstampsandcoins.blogspot.com at 10:02 PM No comments:

In 1878, a two coloured stamp was issued.
Again a younger version of the emperor, since the beard appear more colourful then the previous emission.

There was only one stamp of this type in circulation, but the catalogue mentions 2 version, one on normal paper and one on very thin paper.
This last one was found much later, when the stamp was already redrawn from postal use.
Therefore, the 'thin' stamps are only found mint (some even without gum).

I'm skipping some stamps now, but I'll come back on them on my next posting.
First I'm showing the 1883 and 1884 issue, which was the last set of stamps depicting the emperor.

In 1883 two very similar stamps of 100 reis were printed (one in March, one in April).
Scott even mention 3 types of the stamp.
The difference is in the background behind the head of emperor Dom Pedro II.


Type I shows a background of horizontal lines

The local brazilian catalogue doesn't mention this third variation, but in later reprints, in black, a third version indeed is mentionned. Maybe the plate that was used, wasn't very clean at the time of printing, so that the colour filled more or less the full background.
In the black reprint, this 'dirty'plate will be more responsible for the 'filled' background of this third stamp.

Finally, in 1884,  the last stamp depicting the emperor was emitted.
Again it's a 100 reis stamp, in the same, dull pink colour.
Now the emperor is shown a bit older again.


Next time, the stamps of 1881-88.
Posted by rainbowstampsandcoins.blogspot.com at 1:57 AM No comments:

Who said that the first stamp of a country is hard to find and always expensive?
Not for Estonia.

Estonia was part of the Russian Empire until the end of the first World War.
It was independent until the start of the second World War, and was occupied by Germany and later on the Sovjet Union, until it regained independency in 1991.

Since the first stamp was printed in 1919, it's not really a difficult stamp to find, and above that, it's not an expensive stamp at all.

The stamp is unperforated and is part of a set of 4.
The second stamp also was emitted with perforation.

Posted by rainbowstampsandcoins.blogspot.com at 1:29 PM No comments:

The state highway department celebrated its 90th anniversary on April 1, 2002.
The coin shows the current king, Bhimipol (Rama IX), and king Vajiravudh (Rama VI) who was ruling at the time of the inauguration.

Another 90th anniversary that was celebrated in 2002 (BE 2545, is that of the Vajira Hospital in Bangkok;
The name refers to king Rama VI. He is depicted, together with the current king, on the front of the coin.
At the back we see the Hospital logo.

Boy scouting is a popular subject to collectors. Both in stamps and coins, the items always have something 'extra'.
On this 2003 coin, one of the most famous boy scouts is depicted.
We see King Rama XI in scout uniform on this 10 baht coin, on the occasion of 20th World Scouting Jamboree. At the back is the Jamboree logo.

last coin for this episode, is for the King's birthday.
King Bhumibol (Rama XI) celebrated his 75th birthday in 2002.

Posted by rainbowstampsandcoins.blogspot.com at 12:19 PM No comments:


The series of stamps that were issued in 1876 (first percé series), were re-engraved in 1877.
The image of Dom Pedro II was altered, and we see a more mature picture of the emperor.
Only the 20 reis stamp has the same image as the previous series.

One can find the stamps without perforation, but again beware of forgeries of perforations that might have been cut away!

Mark the detail in the left margin : .... Company. New York


Pairs, strips of 3 and blocks of 4 reach higher prices.
Posted by rainbowstampsandcoins.blogspot.com at 8:21 PM No comments:

It could have been a good champagne, and maybe it also is, but as far as I know, is Dom Pedro II the last emperor of Brazil.

I showed the first set of stamps depicting the emperor already. In this second part, the stamps of 1866 are repeated, but slightly modified.
In 1876, the first set was re-issued, but without perforation.
Or at least a very particular type of perforation which is called rouletting.


Rouletting done by cutting partially through the paper but not punching any of it out. To explain how it's done simply imagine a pizza cutter. The cutter actually scores the crust, making it easier to separate each piece. Different forms of rouletting exist. Most have French names. Examples include; "perce en lignes," meaning cut in lines; "percé en arc" and "percé en scie," meaning pierced in an arc or saw tooth; and "percé serpentin," or cut in tiny, wavy (snake-like) lines.
In general the french word is used. (If you don't speak french, at least you can use some french vocabulary while collecting). Percé en ligne [pair-say ya:n lean ya]. 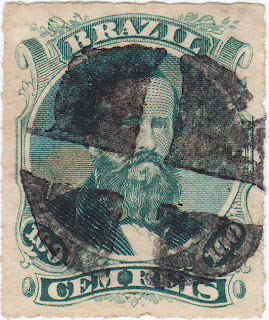 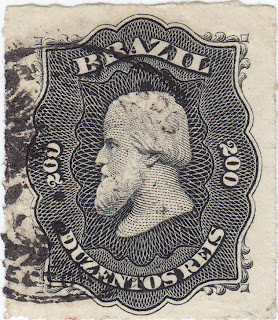 These are exactly the same designs as the 1866 series (even the same plates were used)...
Except the 1876 set is more rare...
Forgeries can be found. The teeth of the 1866 stamp were sometimes cut off to make them look like the percé -version of 1876. As there haven't been unperforated (cut) stamps of this set, it's easy to find the modified versions.

Variations of the 100 reis


Unlike the 1866 version, this time, there are only 2 types.
The first type (incomplete frame) is appreciated 15 times more then the type 2 (complete frame).
Posted by rainbowstampsandcoins.blogspot.com at 8:15 PM No comments: