The number of odd stamps that were issued in the last months, and those who are about to be emitted in the near future is enormous.

I'm trying to keep up with all new issues, and I also try to buy them, so that I can present it on this blog.
The item of today is again a very special issue. 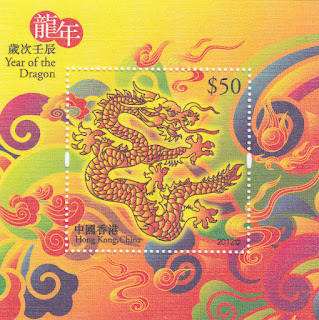 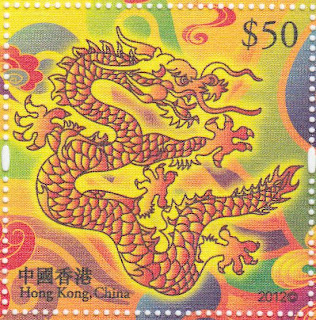 It is also printed on gummed paper, so it's not an auto-adhesive stamp.
It was issued by the Hong Kong, China authorities and is a truly beautiful stamp.

Along with the sheet, a certificate of authenticy was given to each buyer.
I got mine as well of course. 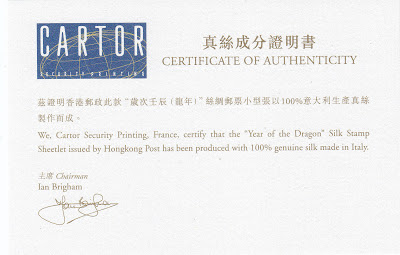 I'm looking forward on receiving such a stamp (sheet) on a postally used letter.
I do hope to get such a copy one day.
Posted by rainbowstampsandcoins.blogspot.com at 12:28 AM No comments:

Round stamps are still my favourite stamps.

Turkey issued a set of 4 round stamps, depicting 4 common birds.

The first stamp shows us a common Northern Pintale (Duck)

On the second stamp, we find a turtle dove

First we see a Pheasant


The last stamp is depicting a partridge


Such stamps don't stick together in a sheet without at least a more square or rectangled shape to support them.
For that reason a pic of the back side of the sheet.
It's truly a festival of lines and curves.

Posted by rainbowstampsandcoins.blogspot.com at 11:29 AM No comments:

After Belgium and Brazil, we go to Sweden for our next stamp (sheet) on odd stamps.
We saw already some fine examples of stamps with braille print.
The sheet I'm presenting today was issued in 2009.

On top of the sheet, we see the alphabet, writtin both in latin letters as in braille.
In the Swedish writing system, also the letters å, ä and ö are used.

The sheet shows us two almost identical stamps, both with the same text in braille.
One stamp is in hot pink colour, the other one more bluish pink.

The text on the stamps is written in braille and in Swedish: "Se med andra ögon" (see with other eyes).

also the word : Brev (letter) is written
Posted by rainbowstampsandcoins.blogspot.com at 12:22 AM No comments:

We continue our collection of Bengali notes, with the 20 taka-note.

I received 2 different notes, but as far as the website of the Bangladesh Bank concerns, there's only one note.
However, the first note (and the one on the website) is monochorme green.

The second version of the note, varies from yellow to green, and the decoration on the right hand side, is red.

On the back side, the differences are less clear, but still you see a more yellowis.
Both notes are for the rest identical (year, signature, topic).

This notes, shows the Shat Gombuz Maszid (the Mosque with Sixty Domes) of Bagerhat district.
This mosque is the largest in Bangladesh build in the sultanat period. It is said to be the most impressive Muslim monument of the whole Indian subcontinent.
The same monument can be found on this set of Bangladesh stamps : 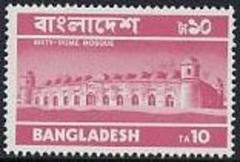 As an extra, when I was having a closer look at the banknotes of 20 taka, I found this rather spooky creature on the front.
I guess it was just ment as an ornament, but while examinating it, I found it also on the 10 taka note.
For those who have the banknotes ... find the spooky decoration ...

Posted by rainbowstampsandcoins.blogspot.com at 7:52 PM No comments:

For my next item on banknotes, I got a set of notes from my contact in Bangladesh.

The new series of banknotes are very nice.
We start the set with the 2 taka note.
The 1 taka note existed too, but is replaced by a coin.
On the 1 taka note, the coin was depicted.
The 1 and 2 taka notes are actually issued by the Ministry of Finance and not by the National Bank.
In fact they are mint notes, not banknotes.

Although the 2 taka note is still in use, it soon will be replaced by coins too.

The older 2 taka notes had the national bird : Doyel (or Oriental Magpie Robin) on the front.

The new notes show Sheikh Mujibur Rahman; Bengali politician and founder of Bangladesh.
He was also the first president and later became Prime Minister.
He can be found on all further notes. 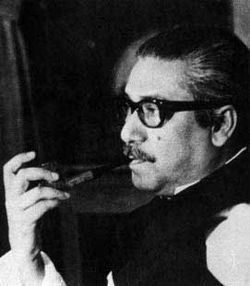 On the back side of the 2 taka note, you will see the Shaheed Minar, a national monument, erected to commemorate those who died during the Bengali Language Movement Demonstrations in 1952.


The second note, and the first 'bank' note, issued by the Bangladesh Bank, is a 5 taka -note.
From here on, all notes have the same front (obverse) style.
The back (reverse) side is more interesting for us.


The next note, 10 taka, is a very modest picture of the National Mosque.
The lines are very straight. But the note is still beautiful, thanks to the vibrant violet colour.

On each note, you will see also the National Monument. it's printed in the colours of the individual banknotes, and can be found in the middle of the front side of each note.


more notes in my next post...
Posted by rainbowstampsandcoins.blogspot.com at 7:22 PM 4 comments: